On this day in 1997 , a television film, directed by D. J. MacHale and based on the theme park attraction The Twilight Zone Tower of Terror, aired on The Wonderful World of Disney for the first time.
The movie begins with a flashback to Halloween, 1939 … the night the elevator gets struck by lightning as it reaches the eleventh floor. All 5 passengers aboard disappear, only to return as ghosts!
Cutting to the present - the Hollywood Tower Hotel is now believed to be cursed and haunted by the spirits of the elevator riders. No one is able to make sense of it all - except would-be reporter Buzzy Crocker (played by actor Steve Guttenburg), who hopes to write a newspaper article on the story with his teen niece, Anna (portrayed by Kirsten Dunst).
They team up with an old lady named Abigail (played by Amzie Strickland) who tells them that if they find a belonging of each person on the elevator they will be free from the hotel.

Dunst went on to be nominated for a Young Artist Award.

October 18: The Jungle Is Jumpin' 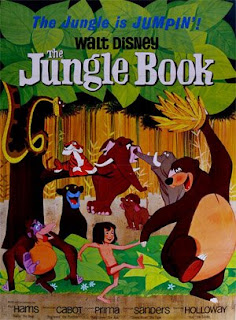 On this day in 1967, Disney's animated feature The Jungle Book was released. Inspired by an 1894 novel written by Rudyard Kipling, it was the last film produced by Walt Disney (who unfortunately passed away during its production).
The plot centers around man-cub Mowgli (voiced by Bruce Reitherman - son of Wolfgang the film's director & one of Walt's Nine Old Men) who is found in a basket as a baby deep in the jungles of India. He is raised by a wolf (along with her cubs) and becomes acquainted with jungle life. The film tells of his ups and downs as he makes his way back to the human village.
Although based on Kipling's story, Disney writers Bill Peet, Larry Clemmons, Ralph Wright, Ken Anderson, and Vance Gerry altered the tale for the big screen. In fact the character of King Louie was created by the Disney staff. The orangutan who kidnaps Mowgli does not appear in Kipling's tale (as orangutans are not native to India).
The all-star voice cast included Phil Harris as Baloo the bear, Sebastian Cabot as Bagheera the panther, George Sanders as Shere Kahn the tiger, Sterling Holloway as Kaa the python, Louis Prima as King Louie, J. Pat O'Malley as Colonel Hathi the Asian elephant, and Clint Howard as Junior - Hathi's son.
All of of the songs were written by the Sherman Brothers except "The Bare Necessities" which was written by Terry Gilkyson. The overall score was written by George Bruns.
Animators who worked on The Jungle Book included Ollie Johnston, Milt Kahl, Eric Larson, Frank Thomas, and some 20 plus other stylists and layout artists.
The film grossed $73,741,048 in its initial release.

Click HERE for more October 18 Disney history.
Posted by Tony at 11:45 AM No comments:

October 17: Birth Of A Legend 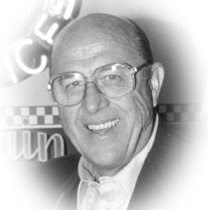 On this day in 1925, Disney Legend Jack Wagner - often referred to as the official voice of Disneyland and Disney World - was born in California. He recorded all of the parks announcements up until the early 1990s (vocal cord surgery forced him into retirement).
His association with Disney goes back to 1955 when he was invited to Disneyland's debut. In the early days Wagner did guest announcements and narrations for parades and special programs. It wasn't until 1970 that he came on board full time as Production Consultant.
Probably his most famous Disney World announcement ...
"Please stand clear of the doors; por favor manténganse alejado de las puertas."

Click HERE for more October 17 Disney history.
Posted by Tony at 7:56 AM No comments:

On this day in 1923, the Disney Brothers Studio was founded by Walt and his older brother Roy in Hollywood, California. The reason ... the Disney brothers on this day signed a contract with a cartoon distributor for their Alice Comedies.
Within 3 years the company changed its name to the Walt Disney Studio. But on December 16, 1929 the original partnership formed in 1923 was replaced by Walt Disney Productions, Ltd. (plus three other companies - Walt Disney Enterprises, Disney Film Recording Company, and Liled Reality and Investment Company - were also formed).
These 3 companies were all merged into Walt Disney Productions in 1938 and in 1940 the studio moved to its present location in Burbank, California.
It wasn't until 1952 that WED Enterprises (later named Walt Disney Imagineering) was formed to design Disneyland.
The following year Retlaw Enterprises was formed to control the rights to "Disney," and Walt Disney Studios Motion pictures to distribute feature films.
In 1957 Walt Disney Productions went public.
But in 1968 Walt Disney Productions was changed to Walt Disney Enterprises. It would stay that way until 1986 when the company's name was changed to The Walt Disney Company.
Today one of the largest media and entertainment corporations in the world ... it all started as an equal partnership between 2 brothers 85 years ago.

Click HERE for more October 16 Disney history.
Posted by Tony at 6:33 AM No comments: 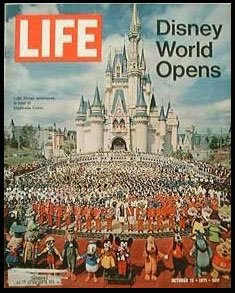 On this day in 1971, LIFE magazine ran a cover story on the opening of Disney World. The 50-cent issue (dated October 15) featured a color photo of 1,500 Disney employees in front of Cinderella Castle.
The article "Disney Moves East" began on page 44 with a night shot of a crowded Main Street, USA (by photographer Yale Joel). LIFE informed readers: "The new site is Florida, but the air is pure old Disney."

October 02: There is a 6th dimension, beyond that which is known to man ...

On this day in 1959, "Where Is Everybody?" the very first episode of The Twilight Zone television series aired.
This episode (written by Rod Serling) tells the story of a man named Mike Ferris (played by actor Earl Holliman) who finds himself alone in a strange and apparently deserted town. Ferris is dressed in an Air Force jumpsuit - but has no recollection of how he came to be in this town. Although he discovers signs of life - food cooking on stoves & cigarettes burning in ashtrays - he can't find any people ... yet feels as if he is being watched. As he grows more unsettling, Ferris collapses at a street crossing and presses a button labeled "WALK." The walk button is actually a panic button and it is revealed that Ferris is an astronaut who has been confined to an "isolation room" for testing! The town is a complete hallucination.
The Twilight Zone eventually became the inspiration for Disney's popular Tower of Terror theme attractions. An inspection sticker outside the Tower's elevators (in Florida) has the number 10259 on it. 10259? October 2 '59 ... perhaps in reference to this very first episode?!

Click HERE for more October 02 Disney history.
Posted by Tony at 11:20 AM No comments:

October 01: A Day For Celebrating 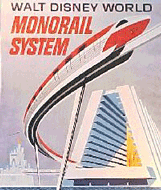 Click HERE to read more October 01 Disney history.
Posted by Tony at 9:26 AM No comments: