October 28: Birth of a Character Actress 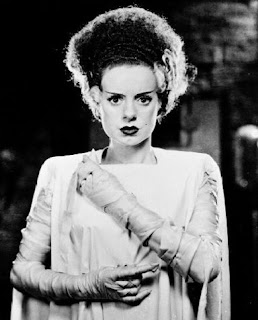 Born this day in 1902, this actress (first known for her performance in the 1935 The Bride of Frankenstein) went on to appear in a handful of Disney live-action feature films and television episodes during the 1960s. 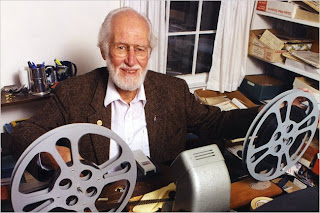 It was on this day in 1908 that Robbins Barstow was born in Vermont. An amateur filmmaker (since the age of 10) whose camera documented every aspect of his Connecticut family's life for decades, Disney fans know him best from his film Disneyland Dream.
By day Barstow was the director of professional development for the Connecticut Education Association ... but by night and in retirement he was the auteur of tenderly shot documentaries, many of them travelogues chronicling the ordinary doings of everyday people.
With more than one hundred films to his name, Barstow garnered an online following with his Disneyland Dream, first shot in the summer of 1956 and starting in 2008 - downloaded some 76,000 times.

Learn more about Robbins Barstow HERE.
Posted by Tony at 6:22 AM 2 comments:

On this day in 1997 a new website to stop Mr. Toad's Wild Ride from being closed at Walt Disney World hit the Internet. Although no longer active (poor Mr. Toad was replaced with Winnie the Pooh) the website is still running ... get a blast from the past HERE. Then click HERE for much more October 23 Disney history. 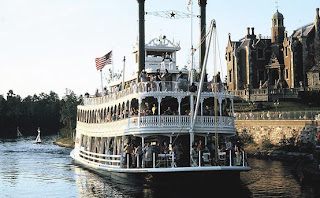 On this day in 1971, the Admiral Joe Fowler Riverboat left Liberty Square (the day after the park's debut) with Magic Kingdom guests for the very first time for a short trip on the Rivers of America. Walt Disney World's first riverboat, it was named after retired navy admiral Joe Fowler who was in charge of the construction for both Disneyland and Disney World. (Fowler was named a Disney Legend in 1990.)
The original Fowler Riverboat carried Disney World guests pass such attractions as Tom Sawyer Island and the Haunted Mansion for nearly ten years. When Fowler was damaged during refurbishment in 1980, the Richard F. Irvine Riverboat became the Magic Kingdom's second Liberty Square steam paddle boat. (It was later renamed the Liberty Belle Riverboat.) 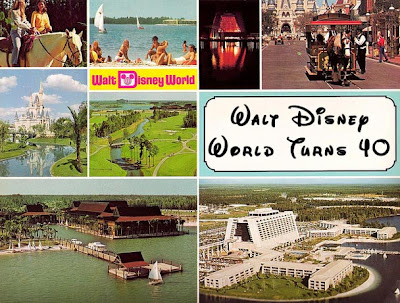