December 25 is chock-filled with Disney history ... just click HERE!
Thanks for visiting all year long Disney fans ... Happy Holidays!
Posted by Tony at 11:07 AM No comments:

December 23: A Film Of Many Firsts


On this day in 1954, Disney released the film 20,000 Leagues Under the Sea. The first science fiction film ever produced by Walt Disney Pictures and the first Disney film to be shot in CinemaScope, it was based on the classic novel (of the same name) by Jules Verne.
20,000 Leagues was also the first feature length Disney film to be distributed by Buena Vista Distribution (at the time a recent addition to Disney - as prior to 1953 Disney's productions had been distributed through Columbia Pictures, United Artists, and RKO Radio Pictures).
20,000 Leagues was also the first live-action Disney film not to have any animated sequences and the very first Disney film to feature multiple Hollywood stars.
Kirk Douglas (already a box office heavy-weight) played Ned Land a master harpooner. Captain Nemo was played by James Mason, a British actor who had first become immensely popular in the 1940s. The part of Professor Pierre Aronnax was played by Paul Lukas, a successful stage and film actor. Peter Lorre (best known for his roles in Arsenic and Old Lace and Casablanca) portrayed Conseil - the professor's assistant.
The film received positive reactions (becoming an instant Disney classic) and was highly praised for the performances of its leading actors. 20,000 Leagues Under the Sea went on to win two Academy Awards - one for Best Color Art Direction/Set Decoration and a second for Special Effects.

Dive on down to December 23 for more Disney history.
Posted by Tony at 12:01 AM No comments: 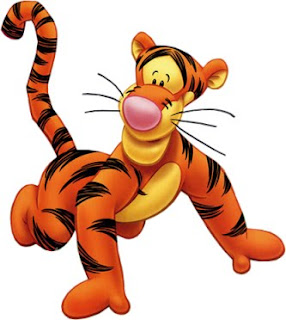 On this day in 1968, Disney released Winnie the Pooh and the Blustery Day - the studio's second Pooh short. Blustery Day marked the film debut of a character named Tigger ... that's T-I-double-guh-err!
First introduced in Chapter II of A. A. Milne's book "The House at Pooh Corner," the bouncing tiger-like character was first voiced in the Disney film by Paul Winchell. Tigger's bouncy personality in the Disney cartoons is much like his personality in Milne's books - he is confident, has a high opinion of himself ... and most notably mispronounces words!
Winnie the Pooh and the Blustery Day also debuted Tigger's favorite song "The Wonderful Thing About Tiggers" (written by the Sherman Brothers).

Bounce on over to December 20 for more Disney history.
Posted by Tony at 8:04 AM No comments: 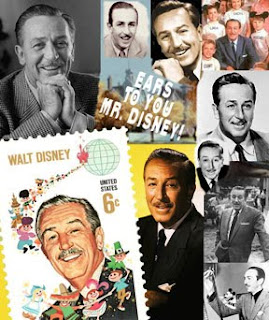 On this day in 1901, Walter Elias Disney was born in Chicago, Illinois.
Click HERE for more birthday history.
Posted by Tony at 12:01 AM 1 comment: