February 21: The Voice of Stinky Pete 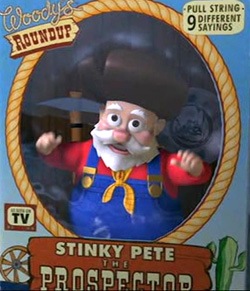 On this day in 1955, Emmy-award-winning actor Kelsey Grammer was born in St. Thomas, Virgin Islands. Toy Story 2 fans know him as the voice of Stinky Pete the Prospector, the doll who had never been opened and was still "mint in the box." Although Pete was the primary antagonist in Toy Story 2, he did not appear in the original Toy Story or Toy Story 3 ... but does appear in Toy Story 3: The Video Game.

Known for his TV character Dr. Frasier Crane on both hit sitcoms Cheers and Frasier, Grammer is also known to Disney fans for his voice work in Teacher's Pet, Mickey's Once Upon a Christmas, and Runaway Brain.

Click HERE for much more February 21 Disney history.
Posted by Tony at 9:14 AM No comments:

February 20: Passing of a Legend 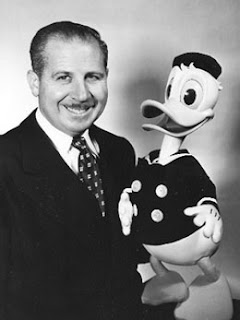 On this day in 1985 Clarence Nash, the voice of Donald Duck, passed away at age 80 in California. Known world-wide as the voice of the famous Disney duck, "Ducky Nash" first brought Donald to life in the 1934 short The Wise Little Hen. 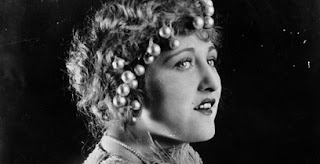 A leading lady in Hollywood silents (starting in the 1920s) this actress had a career that thrived into the age of television. Born on this day in 1900 in Rhode Island, as a teenager she moved to California and began her career at age 15.

Who is she and what is her Disney connection?

Click HERE to find out.
Posted by Tony at 8:45 AM No comments:

February 14: The Sweetheart of the Ice 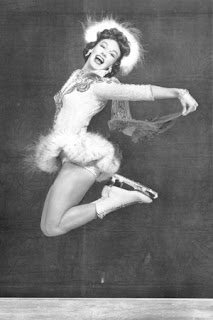 Figure skater Donna Atwood was born on this day in Kansas in 1923. Her family moved to New Mexico before settling in Los Angeles, California by the time she was nine.

Inspired after seeing Olympic champion Sonja Henie's ice revue, a 13-year-old Atwood strapped on a pair of ice skates for the first time at the Polar Palace in Hollywood. By the time she was barely 16, she had won two medals at the 1941 U.S. Figure Skating Championships.

Within a year John H. Harris, operating owner of the touring Ice Capades Show, was scouting for new talent when he offered Atwood a contract. She quickly became the show's biggest star (and later married Harris.)

Disney used Atwood as one of two human models for the ice-skating sequence with Bambi and Thumper in the 1942 animated Bambi. She later appeared on a 1956 episode of Mickey Mouse Club, in which she skated with the seven dwarfs.

Described as a "graceful flash of light on the skating rink," Atwood left professional figure-skating behind at age 31 to start a family.

Actor Leslie Nielsen was born on this day in 1926 in Saskatchewan, Canada. Although starting out as a dramatic actor (he appeared in such features as the 1972 The Poseidon Adventure), today he is best remembered for his comedic roles in Airplane!, The Naked Gun, and Scary Movie. Early in his career, Nielsen starred in the Disney mini-series Swamp Fox (airing on television between 1959-1961) portraying Revolutionary War hero Francis Marion.

Click HERE for more February 11 Disney history.
Posted by Tony at 6:51 AM No comments: 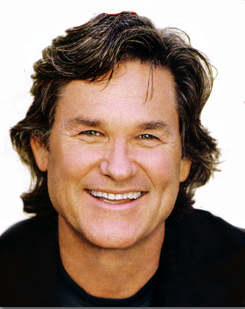 On this day in 1975 and 2004 Disney released two films both starring actor Kurt Russell.

The 1975 comedy The Strongest Man in the World starred Russell as Dexter Riley, a Medfield College student. A sequel to the 1972 Now You See Him, Now You Don't (and the 1969 The Computer Wore Tennis Shoes), Russell returned to the role of the brainy but popular college student who accidentally discovers a chemical formula which gives anyone temporary superhuman strength. The film's all-star comedic cast included Joe Flynn as Dean Higgins, Cesar Romero as the villainous A.J. Arno, and Phil Silvers as Krinkle. Sadly this film was Joe Flynn's last - as he had passed away in July 1974.

The 2004 biographical sports film Miracle, starred Russell as Herb Brooks - the coach of the 1980 U.S. Olympic hockey team. The team's gold medal victory over the favored Soviet team had been dubbed the "Miracle on Ice". Herb's unconventional style and wisdom helped transform a young group of hockey players into national heroes. The real Herb Brooks sadly was killed in an automobile accident in August 2003 (right after the movie had wrapped).

Click HERE for more February 06 Disney history.
Posted by Tony at 9:10 AM No comments: 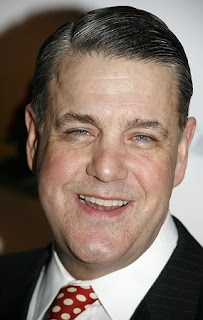 Actor Jonathan Freeman was born on this day in 1950 in Ohio.
What's his Disney connection?
Click HERE to find out.
Posted by Tony at 9:39 AM No comments: 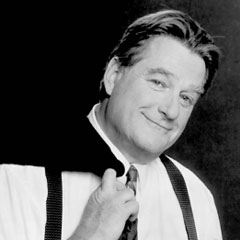 You might not know his name ... but the guy looks familiar.

This comedian/actor was a regular on the Touchstone Television sitcoms Home Improvement (as Harry the hardware store owner) and Boy Meets World (as Chet Hunter, father of Shawn). He's also been frequently cast in Adam Sandler films such as The Waterboy, 50 First Dates and Bedtime Stories.

His name is Blake Clark and he was born on this day in 1946 in Macon, Georgia. He supplied the voice of Slinky Dog in Toy Story 3, a role originated by the late Jim Varney. The two were actually close friends and Clark's ability to mimic Varney's voice allowed the Toy Story character to live on in Pixar's third installment.

With a career filled with hundreds of television episodes, Blake also portrayed Uncle Mel in an episode of Disney Channel's Good Luck Charlie.

Click HERE for more February 02 Disney history.
Posted by Tony at 7:09 AM No comments: