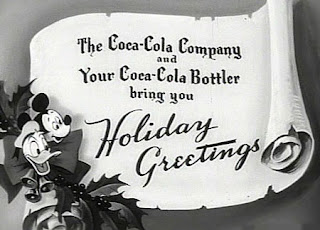 On this Christmas Day in 1950, Walt Disney's very first television special "One Hour in Wonderland" aired on NBC-TV.
Mickey Mouse, Donald Duck and the gang took viewers on a trip into the Hollywood magic land of Walt Disney Studios to attend a Yuletide party. Hosted by Walt himself, special guests included Edgar Bergen and Charlie McCarthy.

Learn more about "One Hour in Wonderland" (and other December 25 events in Disney history) by clicking HERE.
Posted by Tony at 10:43 AM 1 comment:

"I'm not Walt Disney anymore.
Walt Disney is a thing. It's grown to
become a whole different meaning than just one man." 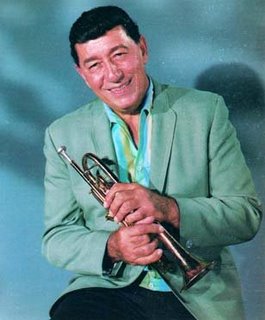 Singer, actor, songwriter, bandleader and trumpeter Louis Prima was born in New Orleans, on this day in 1910. Best known for his hit versions of "That Old Black Magic," "Just a Gigolo," and "Jump Jive an' Wail," Prima was the voice of King Louie the orangutan for Disney's animated The Jungle Book. His distinct voice can be heard on the film's song "I Wanna Be Like You."

Click HERE for much more about Louis "The King of the Swing" Prima and December 7 Disney history.
Posted by Tony at 1:32 PM 1 comment: 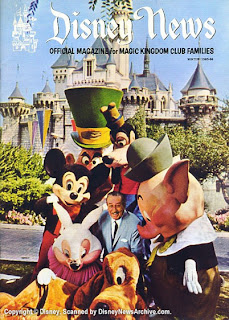 "The Disney News will take you behind the scenes for fascinating stories of people and places which make possible the kind of entertainment that you have come to expect from Walt Disney. This is Volume 1, Number 1 and we hope you like it."

With those printed words, the Disney News was first published on this day in 1965. Just 16 pages long, articles included:
Walt's cruise on the U.S. Coast Guard's training vessel, Eagle
Disneyland's new Miss Ambassador Connie Swanson
The return of Maurice Chevalier to the U.S. for his role in Monkeys Go Home!
Schedule of movie releases for 1966
New attractions that would debut in Disneyland the following year

A free benefit for members of the Magic Kingdom Club during the 1960s, the Disney News would become the Disney Magazine in 1994.

For an in depth view of all the Disney publications, visit Tim's Disney News Archive.
Posted by Tony at 8:06 AM 1 comment: