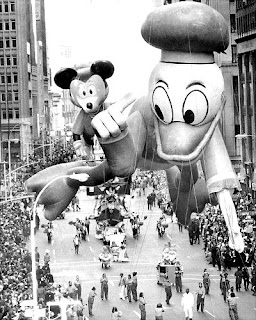 On this day in 1972, Disney took part in the Macy's Thanksgiving Day Parade in New York City. To celebrate the first anniversary of Walt Disney World (which opened in October 1971) giant helium-filled balloons of Mickey Mouse and Donald Duck soared over the parade route.
On the ground below, Snow White and the Seven Dwarfs took part in the festivities riding atop a majestic Disney World castle float, while Peter Pan and Wendy matched wits with pirates aboard a float of Captain Hook's ship.

Discover more November 23 Disney history HERE.
Posted by Tony at 7:19 AM No comments: 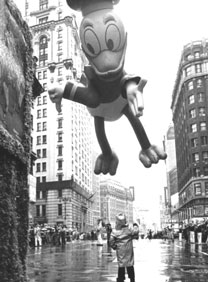 Happy Thanksgiving.
Posted by Tony at 8:10 AM No comments:

November 21: Down in New Orleans 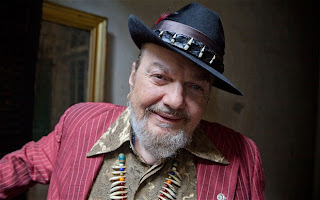 On this day in 1940, singer-pianist-songwriter Dr. John was born Malcolm Rebennack in New Orleans, Louisiana. Winner of 5 Grammy Awards and inducted into the Rock and Roll Hall of Fame in 2011 ... what is Dr. John's Disney connection?

Shimmy on down HERE and find out!
Posted by Tony at 6:31 AM No comments: