February 15: Midnight Never Strikes When You're In Love 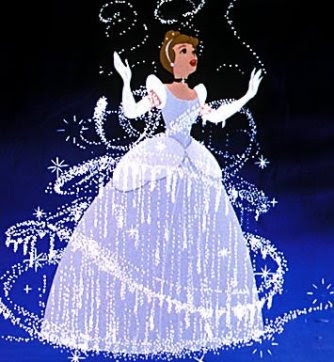 "Cinderella" or "The Little Glass Slipper" is a classic folk tale (loved by generations of children) whose origins can actually be traced back to the 1st Century BC. The tale as we know it today is based on versions published by Charles Perrault (in 1697) and the Brothers Grimm (during the early 1800s).
Over the decades hundreds of films have been made that are either direct adaptations from Cinderella or have plots loosely based on the fairytale. The first ever filmed version was an 1899 production produced by Georges Méliès (a French filmmaker best remembered for his 1902 A Trip to the Moon). When a young Walt Disney was producing shorts through his Laugh-O-Gram studio, he too released a black & white version of Cinderella back in 1922. The fairytale must have made a mark on the young animator because many years later on This Day in 1950 ... Disney's classic animated color feature Cinderella was first released.
Twelfth in the Walt Disney animated classic series, the film had a limited release (through RKO Pictures) on February 15, 1950. With a great voice cast and memorable songs, Cinderella was the first full-bodied feature since Bambi in 1942 (as World War II and low box office returns had forced the studio to produce inexpensive films like Make Mine Music).
The film received 3 Academy Award nominations for Best Sound, Original Music Score, and Best Song for "Bibbidi-Bobbidi-Boo" (which later became a hit single 4 times). Cinderella was generally released a few weeks later on March 4 and the profits from the film, record sales, and merchandising allowed Walt to finance other projects ... including a little theme park in Anaheim.
Cinderella was released theatrically another 5 times through 1987 and made its VHS debut in 1988. When the film was released on a Platinum Edition DVD ... it ironically included a copy of Walt's 1922 Laugh-O-Gram version!
In June 2008, the American Film Institute acknowledged Cinderella as the 9th greatest animated film of all time.

Click HERE for more February 15 Disney history.
Posted by Tony at 6:39 AM