February 27: The Voice of a Mouse 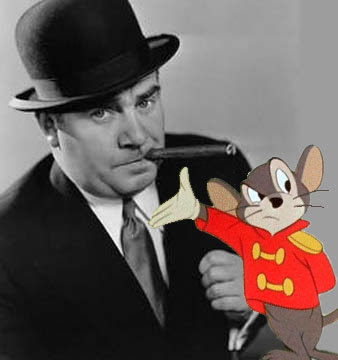 On this day in 1895, character actor Edward Brophy was born in New York City. With a raucous voice and a chubby face, he was often cast as gangsters in both dramatic and comedic films. Although most of Brophy's career was spent at MGM, in 1941 he voiced the character of Timothy Q. Mouse for Disney's animated Dumbo (Brophy's only animated film credit).

A self-appointed protector and mentor, Timothy Q. Mouse was Dumbo's sympathetic and only friend. Throughout the film, Timothy's goal was to make Dumbo rich and famous and of course rescue his mother.

"All we gotta do is build an act. Make ya a star. A headliner! Dumbo the Great!" -Timothy Q. Mouse