January 04: More Than One of Disney's Top Voices 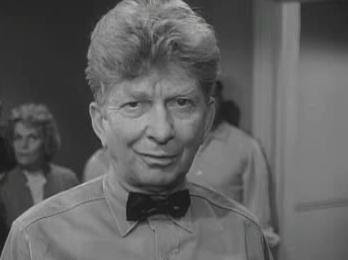 On this day in 1905, Sterling Holloway - probably best remembered as the original voice of Disney's Winnie the Pooh - was born in Cedartown, Georgia.
Although he had been acting in films since the mid-1920s, Holloway's long list of Disney credits began with the 1941 Dumbo as the voice of Mr. Stork. This was followed by decades of voice work for such features and shorts as:
Bambi (1942) as Adult Flower
The Pelican and the Snipe (1944) as Narrator
The Three Caballeros (1944) as Narrator/Professor Holloway
Make Mine Music (1946) as Narrator for "Peter and the Wolf" segment
Mickey and the Beanstalk (1947) as Narrator
Alice in Wonderland (1951) as Cheshire Cat
Susie the Little Blue Coupe (1957) as Narrator
Winnie the Pooh and the Honey Tree (1966) as Pooh
The Jungle Book (1967) as Kaa
Winnie the Pooh and the Blustery Day (1968) as Pooh
The Aristocats (1970) as Roquefort
Winnie the Pooh and Tigger Too (1974) as Pooh
The Many Adventures of Winnie the Pooh (1977) as Pooh
He also narrated many children's records for Disney including Uncles Remus Stories and Peter and the Wolf.
But Holloway was more than just one of Disney's top voices - as an actor he played comedic as well as dramatic roles throughout his career. Did you know he appeared 3 times on the 1950s television series The Adventures of Superman (starring George Reeves as the man of steel)? Holloway portrayed an eccentric and absent-minded professor affectionately named Uncle Oscar. He also appeared in 7 episodes of the comedy series The Life of Riley (starring William Bendix), a 1964 episode of The Twilight Zone (pictured above), as well as guests spots on F-Troop, That Girl, The Andy Griffith Show and Gilligan's Island.
His film appearances included Death Valley, The Adventures of Huckleberry Finn, It's a Mad Mad Mad Mad World, and Thunder and Lightning (his 90th and last feature film).
Holloway was inducted a Disney Legend in 1991, the year before his death at age 87.

(Note - some sources show Sterling's birthday to be January 14.)

Click HERE for much more January 04 Disney history.
Posted by Tony at 7:02 AM